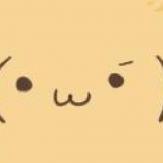 One of my dupes somehow got stuck on a ladder than I had deconstructed while he was on it and wouldn't move, not even when using the "Move To" command. I had to build a new ladder on the tile he was stuck on before he would move.

He was just sitting there suffocating until I built a ladder on him.

Steps to Reproduce
The duplicate was climbing a ladder as it got deconstructed, he then floated in the air for a second or two, then fell to the ground in the ladder climbing graphic, unable to move.
Followers 0
Go to bugs