"Dead" Dupe Still Alive? Pacing Back and Forth 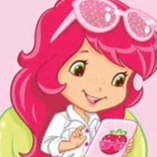 I'm not sure what happened or how to reproduce this. Basically I  had a dupe die (Abe) from suffocating. I didn't realize it until he died. I used the notification area to go to the dead dupe but he immediately disappeared (no dead body. My focus was taken to the area where he supposedly died.  So I thought nothing of it and thought maybe they immediately buried him since I have tombstones set at priority 9 but that was not the case. No tombstone had his name on it. Later on I find him pacing back on forth on the stairs. He wasn't selectable and apparently he spawned morbs in my base as well. He paced back and forth like this for the rest of the game (30 or more cycles).

The only thing I can say is the place where he was pacing was rather far away from where he supposedly died. In fact he was pacing close to the tombstones he should have been buried in. You can see them in the upper right hand corner of the video.

Here is a gif showing him pacing.

Steps to Reproduce
Sorry I'm not sure what happened.
Followers 0
Go to bugs