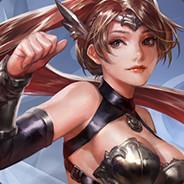 Sometime in the last couple of months, something has changed in the game such that I am occasionally having Mac OS WindowServer crashes happen when playing.  Generally I've observed it to happen after I've played the game for a while (> 500 hundred cycles), but just the other day I had it happen ~40 cycles into a new start.  It then happened again earlier today on the same game, now about 70 cycles. I'm pretty sure this is purely on the Mac side of things, since I have not observed the problem at all then playing the game (on the same computer) under Windows.

I believe the problem is graphics related and can sometimes tell when it is about to occur.  Typically (usually at the end of a cycle) the computer GUI becomes unresponsive for a few seconds, and occasionally I there will be some glitching on the screen. If I'm lucky it will return to functionality and I can pause it and save my game (before quitting and restarting).  That hasn't happened too often though. If I'm not lucky it will lock up and after a few seconds with completely frozen graphics (although sounds are usually still playing normally and the game seems to be responding to button clicks and such) I will suddenly have my screen blanked out and find myself back at the login screen needing to log back in and restart my programs.

I've attached the most recent WindowServer crash report and the "watchdog_timeout.spin" file that seems to be associated with it.


The first time this happened the problem was actually reproducible, in that it kept happening at the end of the same cycle .  I eventually got around it by playing a few cycles booted into Windows.  And then started another game.  I didn't experience the problem again for some time, >600 cycles into the new game.  (I have a tendency to start a new game if I feel something has changed significantly in the game mechanics.) And within the last couple of days I started yet another new game after the most recent update (also partially to see whether I would experience this issue, which I did unfortunately).

I've attached my game log file, however, it won't be the one related to any of the crashes, since I've opened the game a couple of times since it last happened.