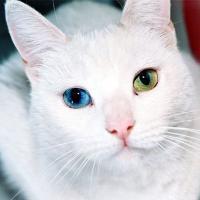 I'm on a colony that I've cheated out of failure; I've lost the base early on. So the all resources are complete haywire and might as well be the reason behind it all. At any rate, in the earlier stage of the game, the graphical artifacts were tolerable stalls. Now it's actually giving me red screens; except, all the other processes running in the background are mostly fine. I'm usually the one who has to force restart, as I simply can't force kill ONI separately.

After googling the symptoms a bit, I realized it could potentially be the problem with the graphics card malfunctioning. However, I also had to rule it out after doing some stress tests using benchmarking tools, and also by the fact that I've never notice this issue with any other games, especially the ones more GPU-intensive. All I could say is that I was not able to reproduce the problem on my personal laptop with the same save file, (MBP, late 2016) so I'm at a complete loss. Also my guess is that RX580 MPX module, which is the de facto graphics card on Mac Pro, would not have problems handling it, which just makes it even more weirder.


Simply load the save file on a similarly speced Mac, and play for 10-30 minutes. The graphical artifacts will appear more frequently, and with the spinning wheel, I'd be locked out. In some extreme cases, the screen turns red.