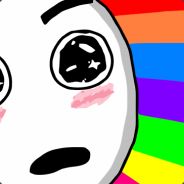 Issue:  Save consistently crashes game to desktop, With no apparent pattern.
The game will play out fine, With no symptoms of trouble, no lag, studdering exc, But will seemingly at random Crash out to the desktop at random intervals. Sometimes it takes a couple minutes sometimes up to 20 minutes.

Other Notes: 207380 is listed as the newest build on the forums, but despite several attempts I could not get my client to update to it. (or rather, Steam fails to show an update available to be downloaded) as such The issue here my have already been fixed as I use a TV as my primary display.  But I have chose to post this anyways as the crash does not happen on launch, but rather during play, so i am not confident it is the same bug as being reported as fixed.