Bug: Able to put the game into a completely unplayable state after switching to public testing branch - Oxygen Not Included - Klei Entertainment Forums Jump to content
Sign in to follow this
Followers 1

Bug: Able to put the game into a completely unplayable state after switching to public testing branch 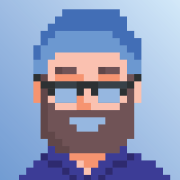 I was going to play with the public test branch today for the DLC and upon installing it, the game attempted to install failed to do so. When looking at it in steam I have a "resume" button that when clicked goes into an "Updating" state then goes back to "Resume"

I've attempted to switch back to the live branch, however the game is in the same state. It attempts to download and falls into the Resume/Updating mode unable to continue. As a result, I uninstalled the game entirely, disabled the DLC, deleted the game files, etc. Upon reinstalling, it ends up being in the same state.

I'm almost to the point to start digging through my windows registry to find out what is going on but figured I would file a ticket. If I find a work around, I will update this ticket. As it is currently, I'm unable to install or play the public or release branches of the game.

In the process of writing up this ticket, I deleted all files under:
%appdata%\..\locallow\klei\Oxygen Not Included

After a system restart, I was able to install the game again and play.

I wanted to file this ticket in case others experience this and/or helps fix the issue before it hits the public release. I hope this helps someone.

An update on this. After playing the testing branch for a little while, I went to switch back to the release branch and was put back into a similar state. The only way I was able to resolve it was uninstall the game, delete my game files and delete my files under the app data directory - full system restart, then reinstall.


Switch to the Preview Branch "public_testing"
Cross your fingers that it installs - if it doesn't, you've recreated the issue.