I had this boss that made all of my cards get the "Galvanized" keyword, but it tooltips saying that the keyword is supposed to be removed when that card is discarded, whether it be at end-of-turn, playing it, or discarding it through another card's effect.

(In summary, it's tooltip says "Galvanized is removed when this card goes to the discard pile, and I still say that keyword on the affected cards in the discard pile. Picture #2 should show that.) 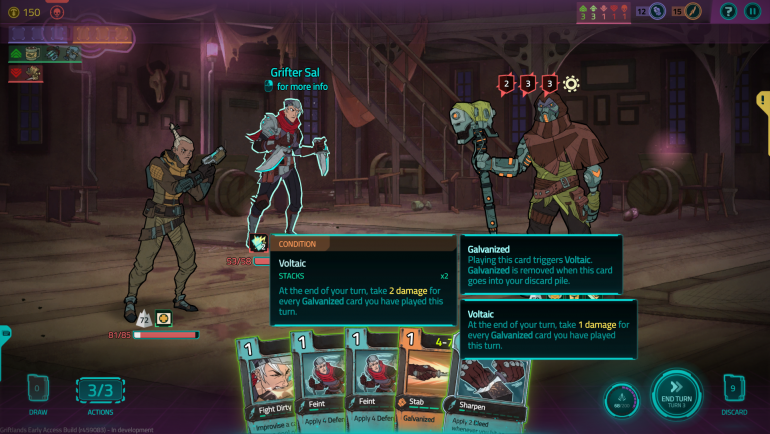 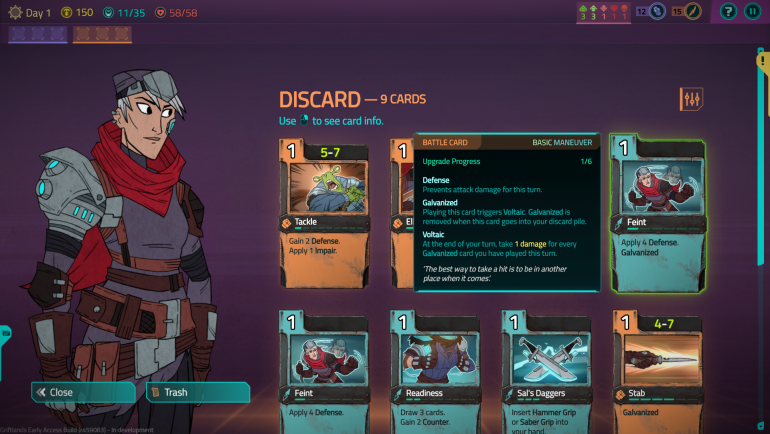 
Fight the boss until he gives you that effect, don't play the "Galvanized" cards when they are added in your hand, and check the discard pile afterwards to see if the word is removed.