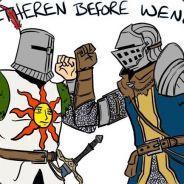 Game will randomly, approx 3-10 min after launch, stop responding. Waiting for it to respond will loop back to not responding ad nauseum. I have verified steam files with no change, I have uninstalled and reinstalled game with no change. Attached is log.txt and dxdiag.txt for review.

Update: I have also tried the experimental branch to see if any changes from that solved it, it did not.

Update: Jun 4th, after a complete reinstall of windows and steam, game still not responding after 5-10 min after starting.

Update: Jun 5th, made progress! So it looks like I'm getting a warning in event viewer event ID 10016. From source DistributedCom. After a bunch of googling and headache of trying everything I could read or think of the solution (Below)

FIX: disable steam overlay (that is in some notes about it already), and Nvidia overlay, and the xbox overlay.

Apparently that combination of overlays, with this game, cause it to just freak out and hang indefinitely.


Play the game as usual till crash.