Hi, i bought the Hamlet expansion a few days ago (I have all the other expansions and DST) and I tested Wormwood a bit in DST, but only today I tried to play Hamlet and I wanted to test him there as my first character to experience the new expansion. From what I've read he should have been immediately available to play in character select, but he isn't selectable. Also most of the other characters are on the Unknown side too, I can only play the Cryptic Founder.

I tried to disable all the mods, same thing. Any ideas what's wrong? I will try to play Hamlet with a vanilla character and hopefully I will be able to play with Wormwood or a new char too someday. 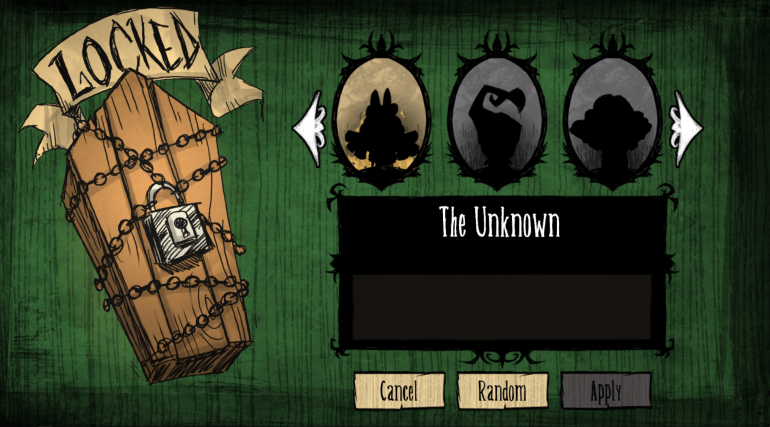 Steps to Reproduce
start the game, new game, check HAM, go to character screen - Wormwood missing and others too.
Sign in to follow this
Followers 1
Go to bugs