Went down in the depths of the Mant Hills and defeated the Man Queen while playing Wormwood. After being defeated the queen dropped some items (e.g. crown, honey, mant shell) but some of the items, in this case the honey and the shell, ended up overlapping the box of the queen's throne and for that reason ended up being unpickables. 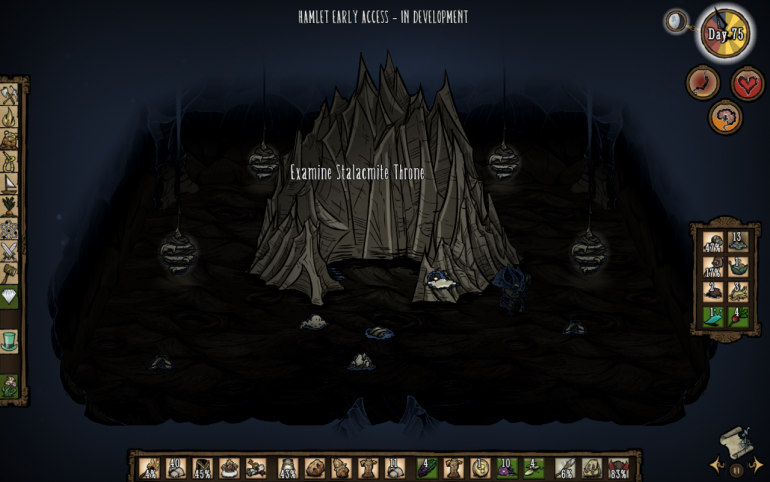 Steps to Reproduce
1. Defeat the queen, 2. See if queen's drop overlaps throne
Sign in to follow this
Followers 0
Go to bugs