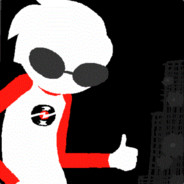 Celestial Champion 2nd phase: The sequence for attacks are: gestalts, glass stalagmites and meelee attack if you're close. I believe it's supposed to do 2 out of those 3 attacks and then spin towards the player, following the sequence again, so: gestalts > stalagmites > spin > meelee if close > gestalts > spin... Sometimes it does all 3 out of 3. Something just makes his behaviour inconsistent in this phase.

Celestial Champion 3rd phase: After it summons the Enlightening Snares, if the character is far it will laser you and if you're close it will meelee you, having like 7-8 seconds for you to attack it until it attacks you again. First, sometimes Celestial Champion doesn't meelee you if you're close, it just decides to laser you anyway. Second, sometimes it just skips those few seconds between attacks and it just attacks you twice in a row. The double attack can happen for both meelee and laser.

Ancient Fuelweaver: On the 2nd phase, there's supposed to be a timer between when the last woven/hand is killed until Fuelweaver spawns them again, giving room to the player to attack for that time. Sometimes, Fuelweaver doesn't wait, it summons more wovens almost instantly after the last one is killed, which is a huge problem in a solo fight. The boss is also losing aggro way too easily after you telepoof with Lazy Explorer, the same happens for Wanda's Backstep Watch.

Ancient Guardian: It's stun timer is not there sometimes. This randomly happens on both hitting broken pillars and when jumping, no matter the distance, it just wakes up instantly.


Haven't found a way to reproduce those inconsistencies. Happens during solo fights.