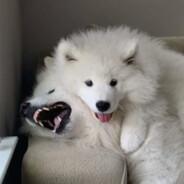 I'm used to playing in an overseas server hosted by my friend (average ping would be around 100-120ms), and I've noticed lately that my network performance seems to have worsened when compared to what I'm used to from months ago, so, some updates ago. I can't test with an older version, because there's no accessible Beta branch which allows for downgrading, but this issue does not seem to apply to any other service. It also seems to get worse when there are a lot of entities on screen (like what happens when there's an earthquake).

I'll also get icons on the upper left of the screen notifying me that I have a bad connection, and with too many entities, it'll entirely "cut out" and I'll be stuck walking in place.

As a clarification, I've tried in more than one server, including an official Klei one.