Mermas do not spam from houses that Craft Wurth 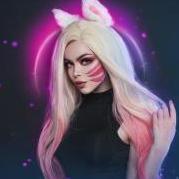 Hello Merma spawns in the houses that Wurth makes

I was attacked by the boss, after the construction of the mayor appeared,

But after the battle with the boss, they died, I waited several days for them to appear again, but they did not appear


I built a settlement, created a mayor's house, then the boss attacked me, the mayors helped kill him and died myself, I waited 4 days but the mayors did not appear ...

And now I have empty houses of Merms