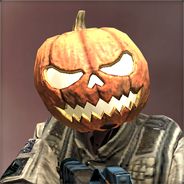 Steps to Reproduce
It appears to be a very rare glitch. I have read about this issue happening with playstation users and a few PC users as well in the forums.
Sign in to follow this
Followers 0
Go to bugs