The lags after the update 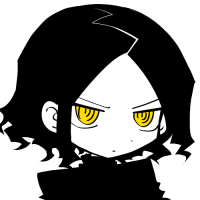 I know that it could be just my bad internet ar something else, but I already got annoyed.

So, after the last update I was lagging a lot in The Forge.

I just woke up and saw that DST is getting updated. As usual I decided to play The Forge. Fond a server with about 90 ping. When we got to wave with 12 boars my character was starting to attack with long delays. Then same thing happend on last wave, when Boarrior started to summon pigs. We lost because my cataclysm stike was landed too late because of the delays.

It was fine before the updats. I could land meteors or anvi strikes without so loooong delays having a lot of enemies on stage.

Steps to Reproduce
For example, last wave with 2 boarillas. If one is killed crocs, turtles, scorps starting to spawn and this is where im starting to lag a lot. It calms down if Im getting killed and there is not a lot of enemies on stage.
Sign in to follow this
Followers 0
Go to bugs