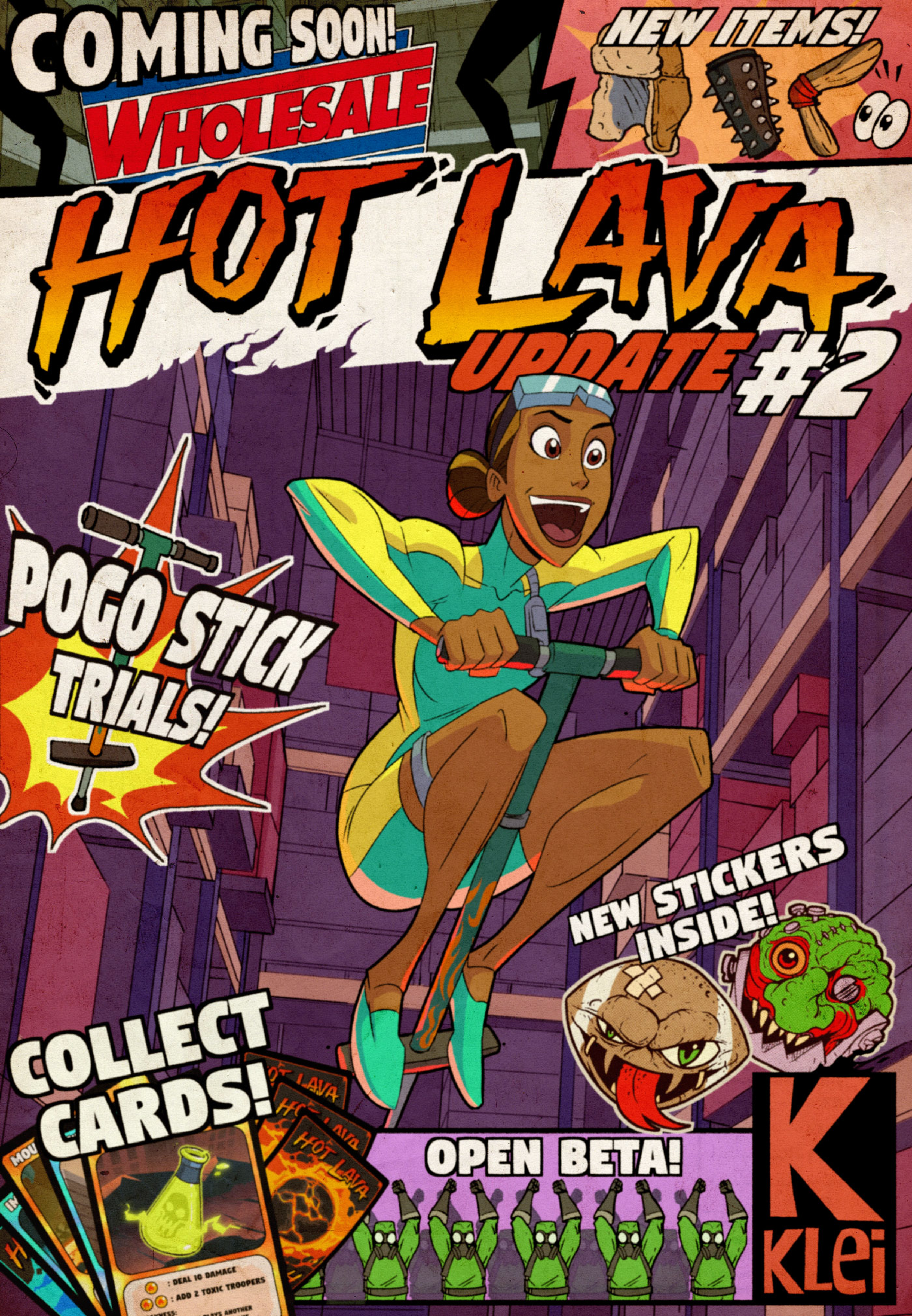 Phase 3 is here, and we've got a bunch of cool stuff for you all!

We have a whole new type of game mode to play, cool new collectible cards, a bunch of new cosmetic items and of course a ton of balance changes, bug fixes and quality of life improvements. Also, coming soon, the Wholesale map will be available on a new public test branch!

All previous testers will now find the game once again available in their Steam library where they can check out all the new stuff.  As always, check back here on the forums and let us know what you think. If you find any bugs or issues report those bugs through the in-game menu or through the bug report tool here: https://forums.kleientertainment.com/forum/178-hot-lava-beta-bug-tracker/

We will continue to add new players through now until the end of Phase 3 on June 12. All eligible beta applicants will be given access on a first-come first-served basis up until closed beta ends. Most new players will be added between June 11th and June 12th.

All beta participants can keep the game. Yeah. We told you that you couldn't keep it, but we lied. Well technically we didn't lie, we just weren't totally sure we were going to give it to everybody... but we're sure now, thanks for your support!

Tuesday June 12th Begins Open Beta. Not closed beta, not early access, what is it? Anybody interested in checking out Hot Lava but missed closed beta can purchase the game and get in on the action.

The testing branch will be available on 6/12. We want players to focus on the normal game first, so we will be opening the Public Test Branch a bit later so we can have things nice and ready for Open beta on the 12th. We may have some of you come check it out early but it should be ready for everybody on the 12th.

We're not done yet, keep up the good work and send us your feedback and bug reports!

When will I be able to play?
The first phase added 2,000 participants so that we could run our first stress test. Our second phase on May 8th will add an additional 3,000 players. We are adding players on a first come first served basis. New registrations are closed.

How will I know if I was accepted?
Players who were accepted will be notified by email and the Beta Client will be automatically granted to their Steam Library.

Do we keep the game if we are accepted?
Yes! Thanks for your support!

What are the chances I will get into the beta?
As long as you registered and confirmed you interest in the beta with a valid qualified account you will be admitted no later than June 12th.