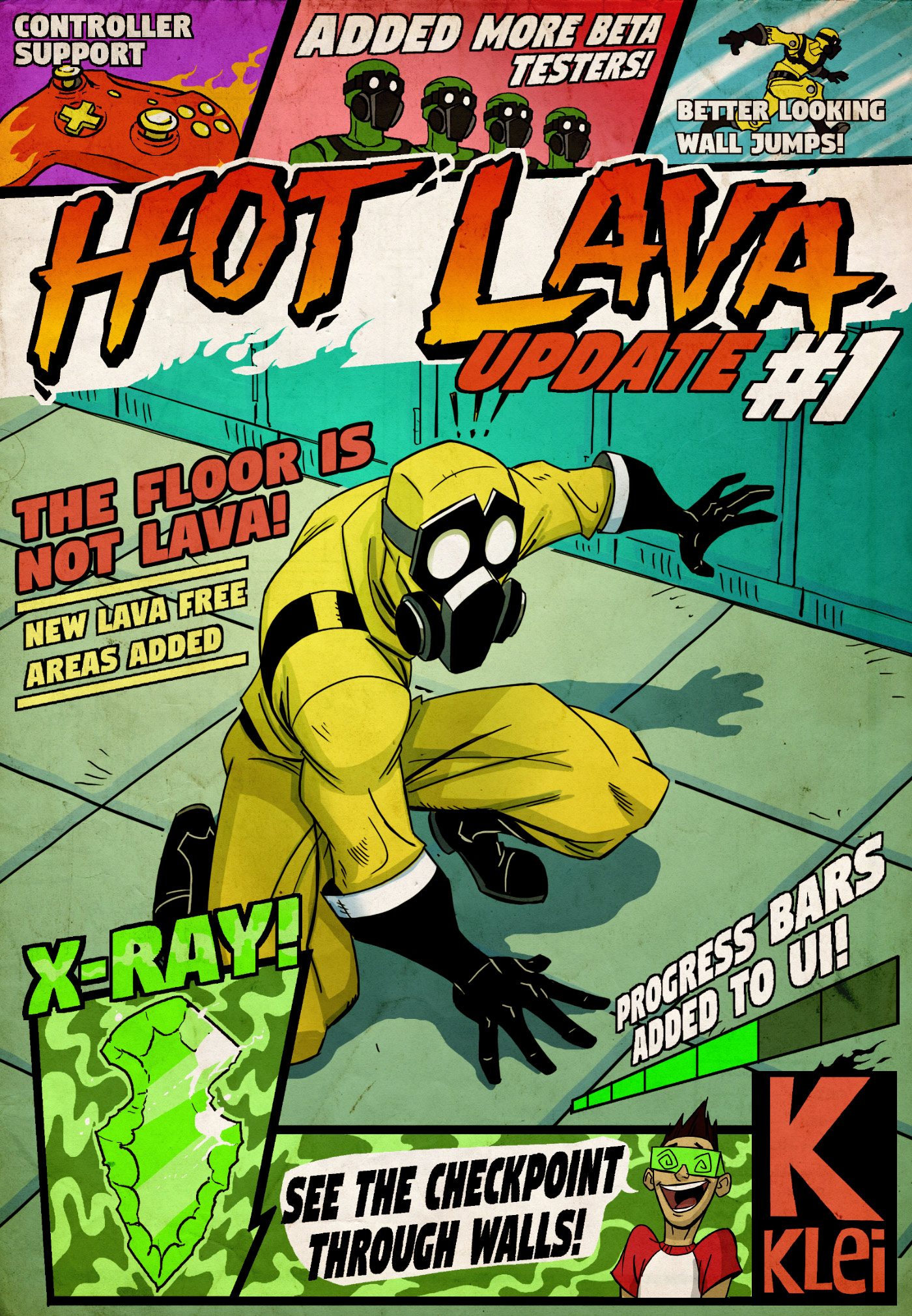 We are sending the next 3000 invites out. Those selected will now find Hot Lava in their steam Inventory. The test will run from today until next Tuesday on May 15th at which time the game will no longer be available to play until the next test period.

Since the last testing period, the team has been hard at work on making adjustments to the game in response to the feedback we received. The main concern we wanted to address based on tester feedback was that we wanted to give players a chance to rest a bit between levels while giving players better tools to socialize or practice routes and strategies in a more relaxed environment.

Of course, we also added a bunch of quality of life improvements and bug fixes as well.  A lot of them. Those patch notes will come tomorrow. Once again, a special thanks to everybody who submitted bug reports and feedback in the last phase.

Don't worry. More levels are coming, but right now our focus was to improve upon the experience, rather than adding additional content. We've been hard at work on upcoming levels - so we have that to look forward to after Phase 2.

Tuesday May 8th will begin Phase 2 of closed beta. All previous participants will once again be granted access to the game and we will add an additional 3k participants. This phase will close on May 15th.

Beta registration will close on May 11th - At that time no further registrations will be accepted. We intend to let in all players before we reach early-access so don't miss your chance! If you have friends or are part of a community that would be interested, now is the time to let them know about Hot Lava.

If you did not confirm your registration for Hot Lava Beta, please visit https://beta.playhotlava.com before May 11th.

If you are not selected for this phase during Phase 2, don't worry. There will be more to come.

We will release more information about plans for future tests after phase 2.

For those of you who have not been invited yet, hang in there you will get your turn as well.