Today we did a pass on the attack and health numbers for the Sal and Rook's bosses. Our metrics are telling us that at prestige 0, the win rates are a bit too high for almost all of them, except for the Flead Queen, Glofriam, and Kashio. Our hope is that increasing the boss difficulty earlier in the game, and smoothing it out a bit, players will learn to make better decks by the time they get to the final boss, and it won't seem like as much of a spike as it does now.

The high win rates make sense when you consider that most of those bosses were tuned before perks were added. With mettle coming in really soon, it felt like a good time to address the overall balance.

Anyway, give a p0 run a shot, and tell us what you think! These changes are aimed at new players rocking not-very-good decks, so it's a bit hard for people with a lot of experience in the Griftlands (like us and probably you) to fully reason about them. But we have to try 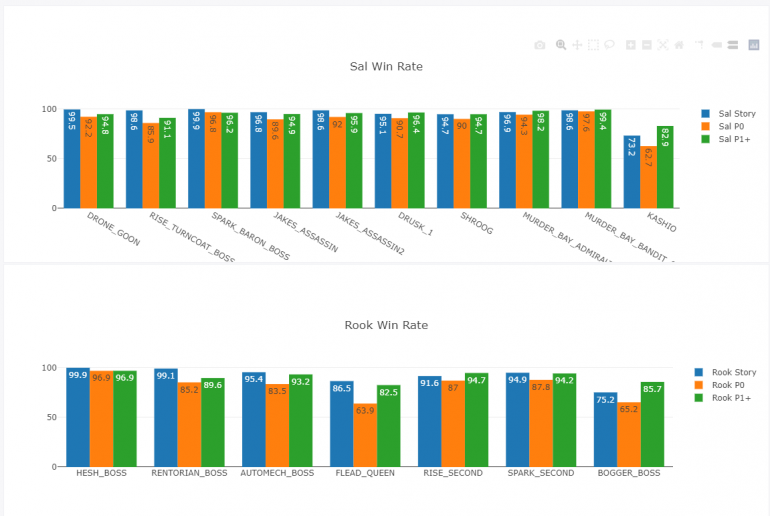