Today we have our next character refresh! As usual we also have some new skins and some new streaming drops. But we also have a little bit of studio news and a small teaser for the next content update. Enjoy!

Wendy clutches tightly to the memory of her twin sister, Abigail. Some days, it’s almost as if she never left…

Even from the afterlife, Abigail never stopped looking out for Wendy - and now Wendy has discovered how to return the favor. Her affinity with the supernatural has led her to the mysterious practice of Ectoherbology, allowing her to create haunting elixirs to aid her sister beyond the veil and make their bond stronger than ever before.

Many of us have been working especially hard to help maintain operations as we all move out of the office and into our homes and with everything being done online, extra time must be spent in organizing conversations and trying to maintain communication. As some of you may know, we have a very open office and we are almost always in contact with each other as we go about our days. Some of us work across multiple teams and that work has become a bit more challenging for everybody.

That being said, at this time the transition has not caused any major disruption in our operations, but it would be overly optimistic to expect that we won't have any delays at all. We're going to have to be especially mindful about this in the coming weeks and make sure we don't take on too much work so we can keep things running smoothly.

Likely, you won't see any real difference in what we deliver until after the next big update as we are already well underway with that and will be wrapping up the bulk of that work soon. But hopefully you won't see much change at all. We'll do our best and we'll let you know if/when we start seeing anything changing.

If everything goes according to plan we expect the next update to be toward the end of April with the next Return of Them Content update, "She Sells Seashells". Here's a bit of a teaser of what's to come. We'll have more info shortly before release! 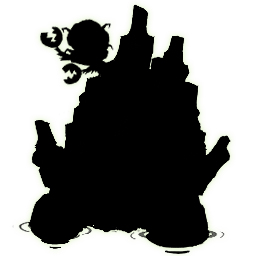 We also have a small surprise for you next month as well and we'll let you know about that when it's ready. That's it for now, we hope you all enjoy the new update and stay safe out there.