The former Nightmare King suddenly finds himself facing his past... and a choice about his future. Everyone take your seats, the Amazing Maxwell's next act is about to begin.

As always, a big Thank You to all players that checked out the refresh during beta and submitting their feedback and bug reports! 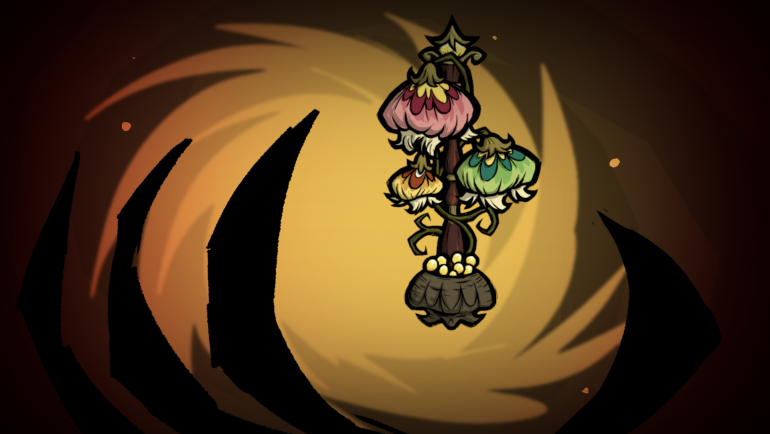 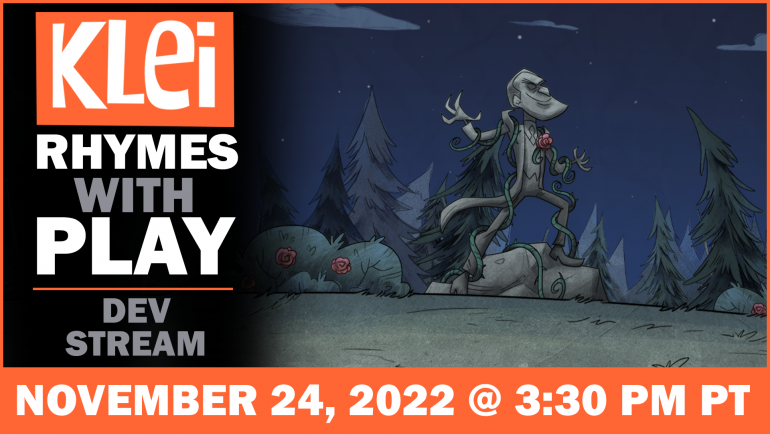 Make sure to join us for another Rhymes with Play Dev stream this Thursday. We'll be checking out the Maxwell refresh with our hosts Vito and Hailey.

And that's it for now!

As we approach the end of the year we still have a bit more to go to finish out the 2022(3) roadmap. We have been talking internally about what's coming up in the next roadmap and while we still have some details to iron out, we're already very excited about 2023! We have been watching the feedback from players regarding the long-term hopes for the game. While it's going to be difficult to wait for more info, it's going to be even harder for us to keep it under wraps, but we'll be posting up a new roadmap at the beginning of next year! 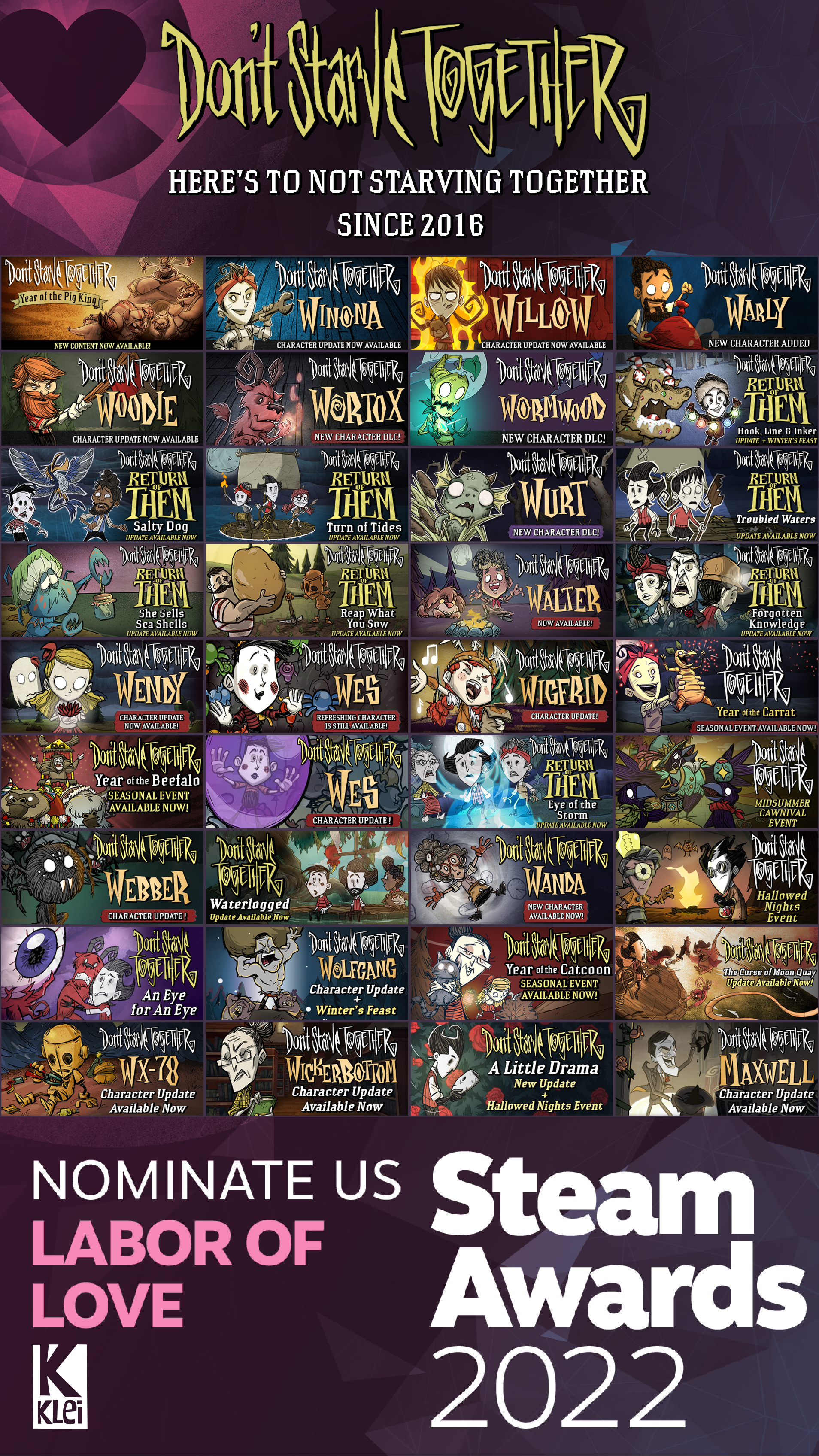 Along with looking forward, this time of the year we also reflect on what we’ve done. It’s been a fantastic adventure not just this year, but each year since we launched Don’t Starve Together back in 2016.

The Steam awards have once again opened for nominations, and we thought we’d ask players to please consider nominating Don't Starve Together for the Steam Awards 2022 in the Labor of Love category. https://store.steampowered.com/app/322330/Dont_Starve_Together/