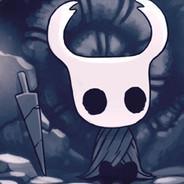 food as yellow alert priority when sweeping it to a new rations box. After all food was moved, the yellow alert graphic and sound effect remained present. Attempting to re-designate something as yellow alert and cancelling it didn't work, but reloading the save did fix the issue. Afterwards, I tried to reproduce the bug by attempting critical level sweeps on the area where the food was moved to. The yellow alert cease to go away after the task was cancelled.

Edit: I had forgotten that the errands for sweeping are placed on the container it's going to, not the item. Haven't played in a while! Updated the report to omit my silly mistake.


From the attached save, do the following:

1. Designate the containers nearby the printing pod as sweep only, and to accept raw minerals and organic materials.

2. Yellow alert priority on the junk nearby the ration box, under the plug slug pasture.

3. Cancel the sweep tasks. The yellow alert graphical state should remain despite there being no yellow alert priority tasks.