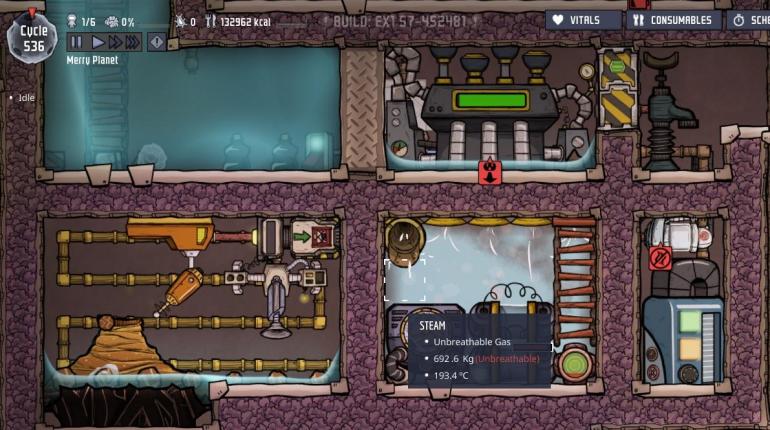 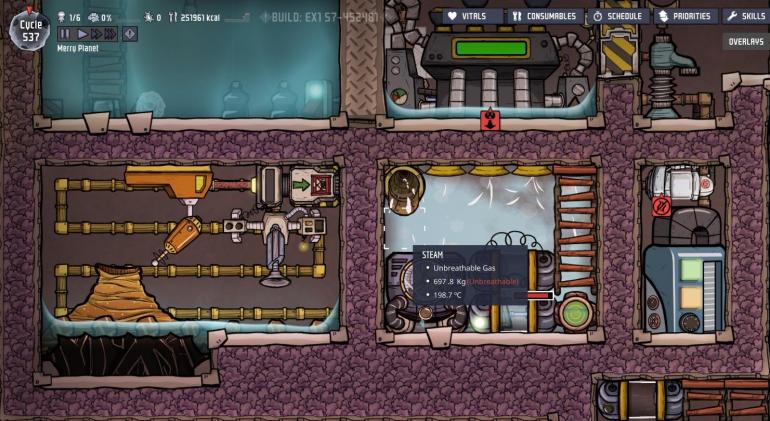 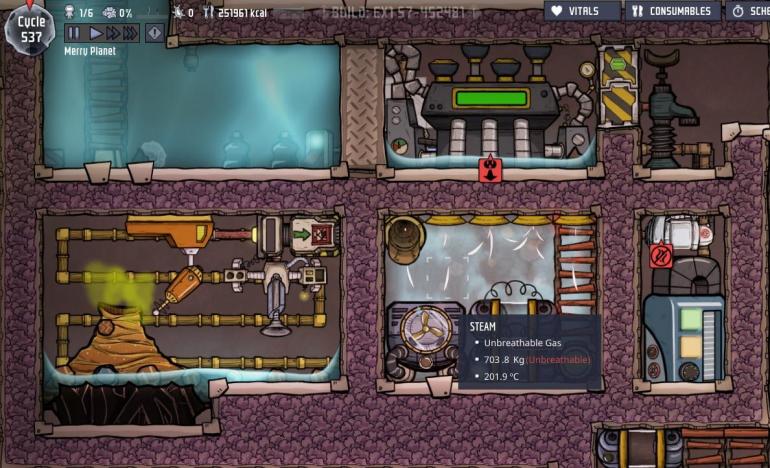 I like to use Steam Turbine and Aqua Tuner combination for cooling down the temperature of materials came from various geysers.

liquid shut-off located in steam room under that turbine get cracked for overheat temperature 275 C', which means the element of liquid shut-off is steel.

I guess that's some bug related to the tile of high temperature right next to that steam gases.

Other turbine facilities located to cooler side don't get go wrong like this.


1. built Steam turbine and aqua tuner for removing high heat from near guysers in the hot place such as Oil Biomemes.

2. When steam turbine start to work, temperature of steam room under goes high . That's exactly reverse what I intended.