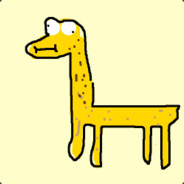 Before I start explaining my problem, I will explain what you see in the linked video: I am loading up 3 save files. The first and the last are freshly made games after the recent expansion. The last game is made with all default options, but with a fully revealed map to show how bad the game gets. The second save file i load runs smoothly and is around 700 cycles in, it is from an earlier patch. The fps is lower, which is not an issue, but the jittering is gone on that map. Hence my own conclusion is that it has nothing to do with the hardware, but perhaps some software instead (the latest patch?).

When I started a fresh map with no mods and default options, I noticed that the jittering starts as soon as I get a bit of progress, around the time i hit lavatory/sinks, and connect them to water. And it only worsens the further I get.

What I have tried so far:
- Disabling steam overlay
- Windowed mode.
- 60 hz vs. 144 hz.
- Fiddling with Nvidia 3D settings.
- Disabling all mods
- Loading up earlier save (earlier patch red.) files which runs smoothly.
- Monitoring my hardware with HWmonitor - After 5 mins play in a 50 cycle map I reached the following: Max cpu load in that time frame was 71%, and GPU 56%