Bug 1 (gameplay issue)
Known Issue - Stuck on Ladder After It's Gone
Clone has become stuck on the ladder segment location after it was deconstructed. The character should be able to escape as the ledge is only one step above. I was able to free them by having another clone come build the ladder segment again. This appears to be a gameplay issue. 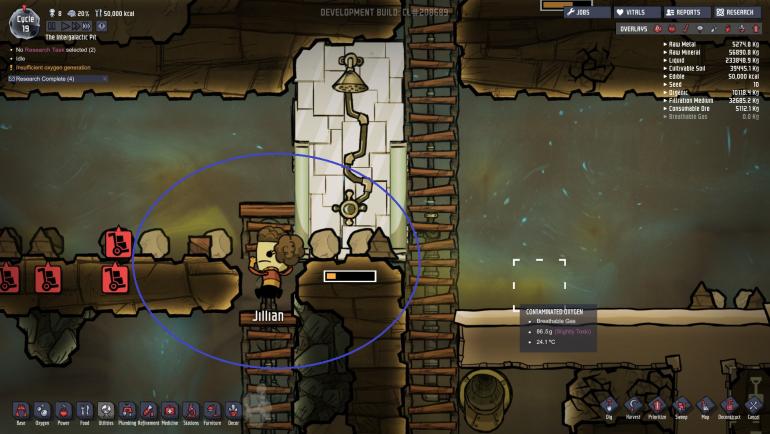 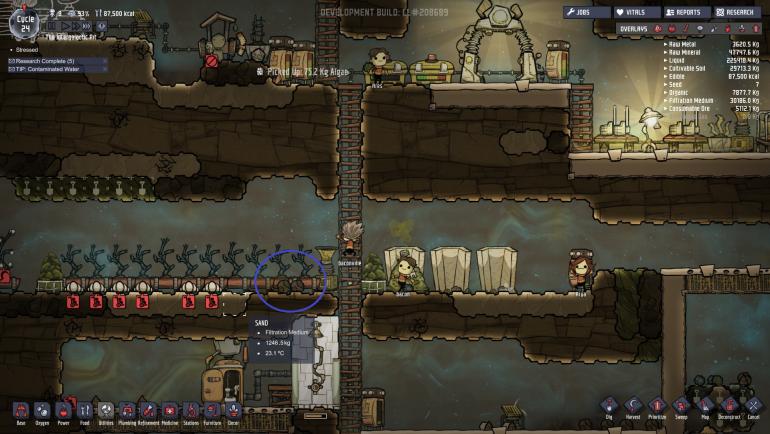 Clone stuck suspended in the air after a segment of ladder was deconstructed. Clone would not move (even manually). I was able to free them by building another ladder segment where they were stuck. 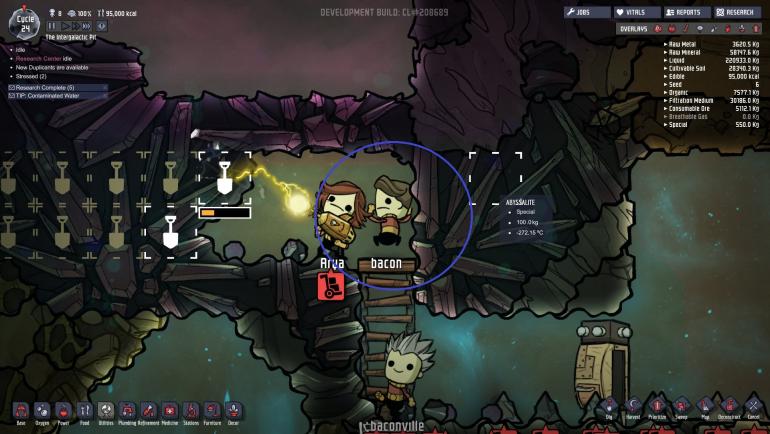 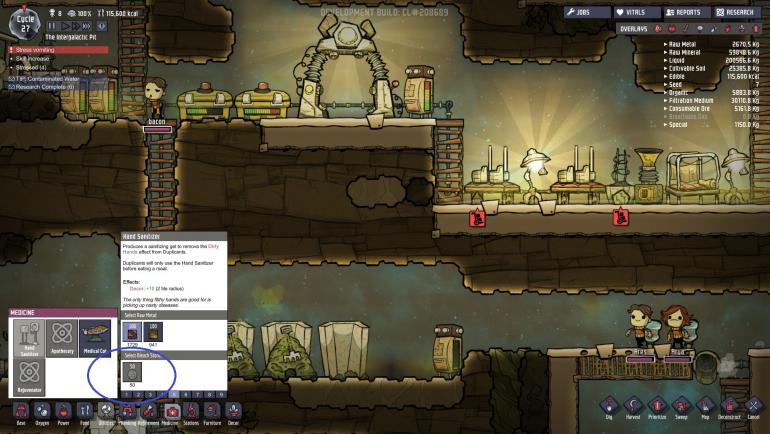 Additional Issues
I have run into several more issues, in my past few hours playing (not sure if I should add them here or make another topic):
- Pathfinding issues where duplicants go idle while having valid jobs available within vaid movement, only to have no trouble finding their bed come nightfall.
- Jobs that are priority 9 not being done, despite being reachable and the only priority 9 jobs available.
- Clean water going into the water purifier completely disappears. Known issue.
- Snoring animation remains nearby where the duplicant slept and will not go away (even after many cycles). I am unsure if it has the effects of snoring or if it is only a graphical issue. Known issue.
- Giant waves in water (clean and contaminated) caused by the small flow of water into it (i.e. from vomit spilling over into it). Some times, the water splashes over twice it's depth. The water spilling into it may represent a fraction of a percent of the total volume. Known issue.

Steps to Reproduce
Bug 1 - Delete the ladder segment in the location where the clone is currently standing (see blue circle for location). Bug 2 - Not sure how to reproduce this. This material was dropped when digging the tunnel where it is located. See blue circle for material location. Bug 3 - Delete the ladder segment where the clone is standing. See the blue circle for location. Bug 4 - Collect 50 bleached stone and the other required resources and tried to buy the hand sanitizer.
Sign in to follow this
Followers 1
Go to bugs