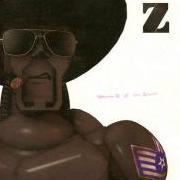 On the preview branch the output of the signal counter can't be reset anymore by sending a reset signal. In the previous version it would reset both the counter and the signal output but now it only resets the counter (if it's anything but 0). Using the UI on the signal counter resets it correctly but the only way do that via automation is to keep counting and then resetting the counter again. Maybe I fail to understand how it's supposed to be used now.

The advanced mode is kind of a workaround when paired with memory toggle afterwards but I'd rather the signal counter behave as a memory toggle again like before.