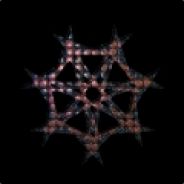 Twice now I have had a new dupe from the printer go incapacitated in bed out of nowhere the first time i had no hospital so I assumed the reason i could not save them was due to this even though i built a triage bed the second time i had a hospital but the dupe was not eligible to be assigned the triage bed I promptly saved and reloaded hoping this might fix the bug but even though i still has over 100 seconds to save the dupe when I saved the game it loaded with the dupe dead from starvation.

This continues to happen the new dupes on pause at creation have 3500 calories but instantly get set to zero calories after unpause if saved anf loaded the dupe instantly dies otherwise it will not die until after bedtime I have been able to get a dupe to live by saving and loading before the new dupe is originally unpaused however.

Steps to Reproduce
Random just wait for a new dupe.
Sign in to follow this
Followers 1
Go to bugs