Mod Loader is acting up horribly 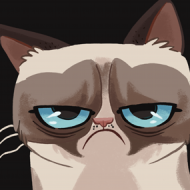 Tested all mods thoroughly in the /dev folder, uploaded some on steam, tried subscribing while previously having older versions installed and disabled: the game errored out on me to no end, the only way of resolving the problem was deleting mods.json, restarting the game twice (first so it generates the file again, then so it... refeshes something? just once didn't work) then enabling the mods. Getting it to work is insane, people on steam rightfully complaining about infinite restart loops