Sometimes when duplicants attempt to build something (usually where regolith has fallen), the are stuck trying to dig an invisible block before they can build. I believe this was a previous bug on the base game. I've noticed that there is A LOT of lag when coming to this planet. -~10-15 frames. There is also no space scanner to check for incoming regolith. 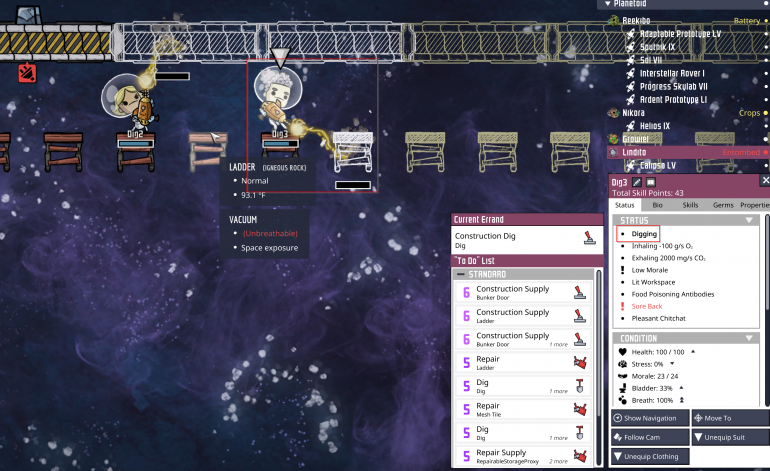