I was in midgame on Terra, when a large portion of the map was obscured by an opaque green fog. The game continued to function normally otherwise, and I could click on stuff behind this cloud, but I couldn't see anything but the notification icons. I attempted switching the overlays on and off, but other than it briefly disappearing the first time I opened up the automation overlay, there was no effect. I saved and rebooted after taking a screenshot, and when the world opened up normally with no sign of the previous glitch.

I'm not annoyed since the bug went away with no real consequences, but I'd be curious to know what caused it.

I couldn't find the log file, but I'm attaching a screenshot of the issue. 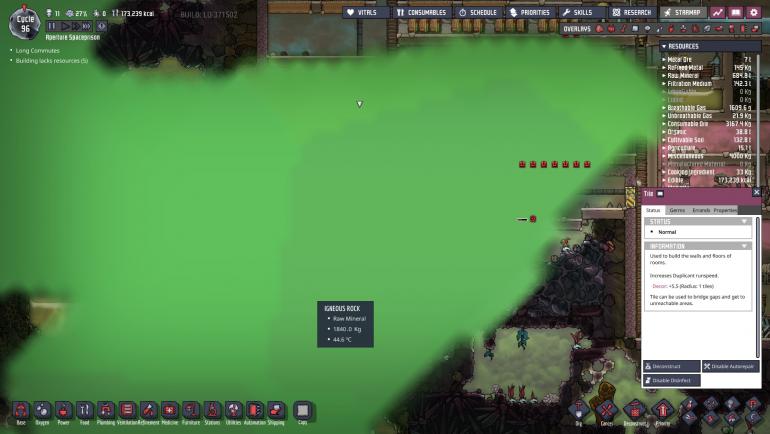 Steps to Reproduce
Not sure, since I wasn't doing anything unusual. I was just scrolling left and down to check on a mining job's progress when it popped up.

This issue has been previously reported, please search the bug tracker for more information about this issue.