I have set up two daisy-chained gas filters. Multiple pipes lead into the first intake. The first filter emits hydrogen off to a tank. Other gases pass into the second filter which sends chlorine into another set of tanks. Non-hydrogen, non-chlorine gasses are dumped into the room.

I found my hydrogen tank contaminated with other gases, so I looped its output back into the filters to try and clean it. While watching the ventilation overlay, I have repeatedly seen the output end of the first filter emit gas BACK up toward the orange port. That gas then passes into the hydrogen tank contaminating it. In the screen shot, you can see both green and pink squares have been emitted toward the tank.

I'm certainly willing to believe I messed something up, but I'm not seeing it. 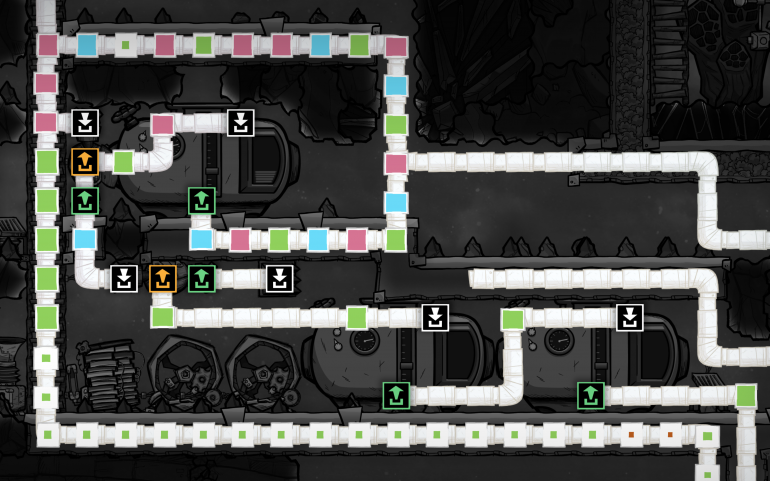 Steps to Reproduce
I'm not sure if it's reproducible. I created this setup following along with someone's online guide, and it used to work correctly. Now, that first filter seems to have gone nuts.
Sign in to follow this
Followers 1
Go to bugs