Game refuses to build automation cable at a location 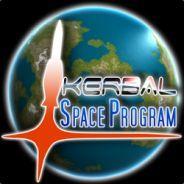 I have a complex automation setup, involving a (rocket) scanner, and the various doors which need opening/closing for it to launch safely.  I reconfigured things, so ordered the removal of certain automation cables.  When I ordered it to be reconstructed, it builds everything except 1 cable, which happens to be over a[n or gate] port I need.  All the 9 squares around it build fine, and I can build other things (like power) on this square, but the automation cable just refuses to build on this square.

When I clear and setup the build afresh, priority 10, In response to the 'awaiting deliver of 5kg Lead) I can see a Dup deliver the 5kg of lead (which then drops to the floor, albeit the description now shows construction errand), then someone else comes to build the automation cable, but they only stop by briefly and when they go, the part is still shown as a shadow, the description still shows as construction errand, and there is now no listed 'available errands' under the item, and no dupes come to service it.


Unzip the attached sav game (its 17Mb uncompressed).  Find the S.S. Curious EoS XI rocket (the left one).  There is a build request for an Automation Wire, 4 squares left of the left most edge of the command capsule gantry.  It never gets built.  You can cancel the build, and re-request it.  The Dup will arrive deliver lead, possibly 'build it' but it's never actually built.

I've subsequently identified the cause of the problem.  The Or Gate under the location I'm trying to build a lead automation cable, is too hot, so is melting the lead.  However the game doesn't seem to realise, that when the build request has gone from awaiting materials, to awaiting construction, if the construction materials melt and run away, it should return back to awaiting materials.