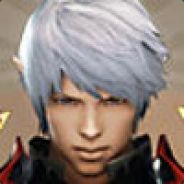 After the most recent update (408920), my game has started crashing randomly during gameplay. It's crashed while selecting dupes at game start, it's crashed while running both new and old colonies. I disabled every mod, but the crashes remain. Sometimes I can play for a few minutes just fine, but then it will crash soon after.

I checked the output log, and it just mentions "AdjustLoad() failed" a few dozen times, then it makes a SimDLL dump and crashes to desktop. Seems like it encounters the AdjustLoad() failure during gameplay a lot.

I should specify that I'm running no mods on this colony, and I can't even reach the end of Day 1. The output logs mentioned mods, but none are enabled. Before this update, I did NOT encounter crashes while running the game. Even with a few mods enabled.

Edit: I have since tried completely uninstalling the game, deleting all its folder, then re-installing. For first 3-4 days in-game on a new colony, everything was fine. At that point, I was hit with an in-game crash. This time however, the in-game error screen showed-up, and let me submit an error report automatically. That's an improvement, at least.

3) Watch the game close without an error screen.