Since downloading today's update, I have had very strange frame losses. Before update my game ran at 55-60 FPS consistently, now while using certain overlays or in menus I am dropping to around 40 FPS. Normal gameplay is still at 60 FPS. The worst lag is while in the Research tree, which now stutters horribly when I pan. The other really bad one is the power overlay, which also drops FPS, and looks strangely washed out. Screenshot is attached. 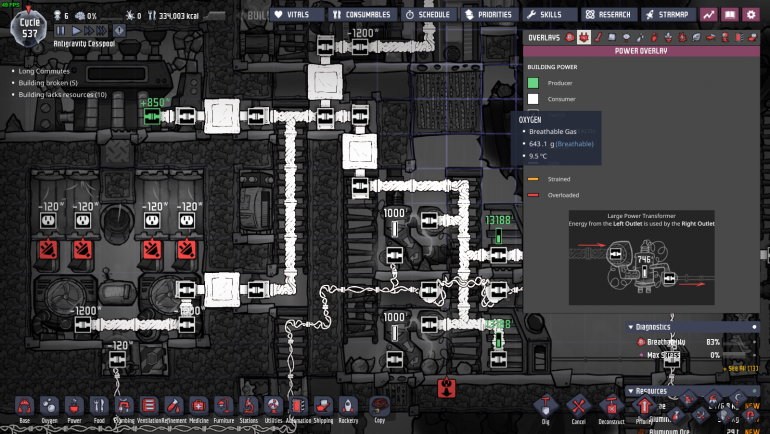 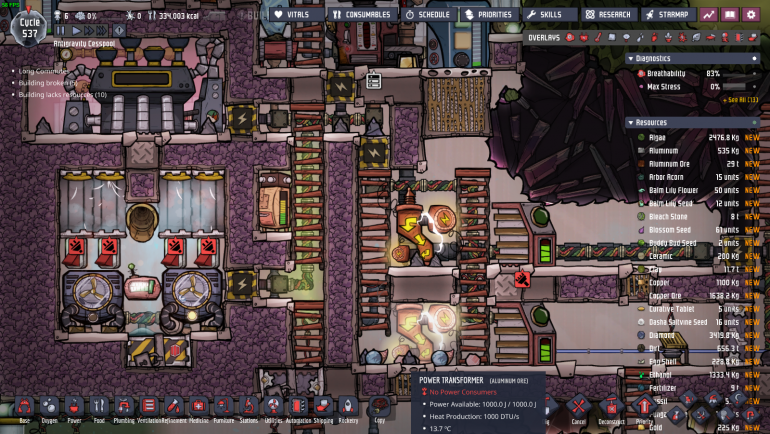 
I can reproduce just by opening the menus, or turning on an overlay.