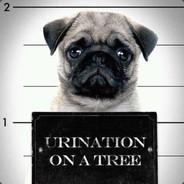 I attempted to launch the game this morning, only to be presented with a Fatal Error stating that another instance of the game is already running.

I've checked Task Manager, even though I have not opened the game in 2 days, and my computer has been shutdown each night. I also did a reboot of the system after getting the Fatel Error message when I did not see a task listed in the task manager for the game.

There is no other instance of the game running. I'm able to launch other games from the Steam Launcher without issues.
I'm not aware of any changes that have taken place to cause this effect; no updates (base game or workshop) are listed as being downloaded via the Steam application. The last update/change I remember seeing was when I purchased the Spaced Out expansion a few days ago. But I was able to play for several hours after that, which was also the last time I launched the game before the weekend started.