Duplicants failing to register they are falling

When a tile or transit tube is decontructed while a duplicant is standing on/in it, the duplicant won't register they are falling nor look for a nearby location to stand on (Even if a ladder is literally behind them), I am unsure if it is caused by a animation lock.

This error is quite deadly to duplicants as I caught this bug twice in the past 3 hours (I would have had dead duplicants if I got up at the time and let the game run).

Natural tiles are inclusive to this bug as a robo miner dug out a natural tile made by a shove vole.

The solution to get the duplicant to move again is either restarting the game (doesn't always work) or to build a tile below them or rebuild another transit tube at their location.

(In the picture below, Ada is stuck midair, she is able to continue building/digging as if she is standing on something, but she just can't move) 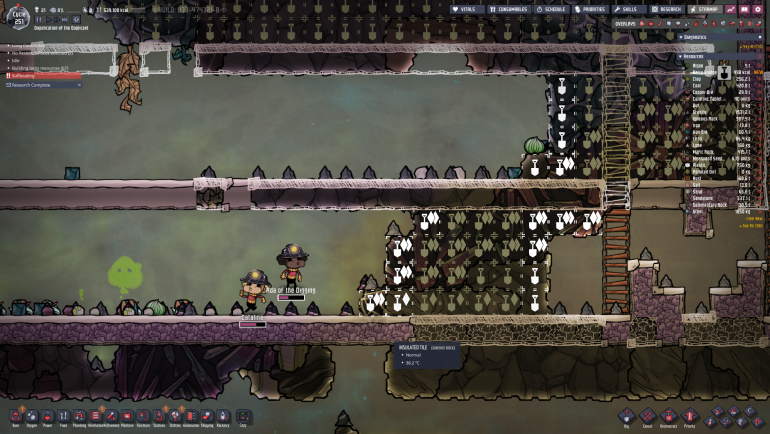 
Decontruct tile or transit tube while a duplicant is on/in said tile/tube at the time (it might require a different duplicant or robo miner to decontruct the tile).

(I am unsure if ladders are affected)

I have been unable to recreating this bug on a test map so the conditions might have to be very specific for this bug to activate.