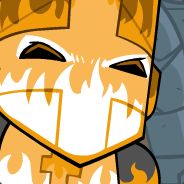 I am not 100% sure what is causing the crash. I attempted to narrow down.

Revealing the Tide Pool biome with sandbox tools while paused, but as soon as it's playing, it crashes immediately.

After 40+ retries selectively revealing the map, the one thing that stands out is that Pincha Peppernut plants spawn and immediately poof into leaves. As soon as there's 1-3 plants dying on screen, there's a ~95% chance to Crash as soon as play is resumed. The other 5% of the time it will take up to 10 seconds to crash, even after the Pincha plants are gone.

Edit: After more attempts revealing different parts of the map, I'm fairly certain it's the plants spawning and dying. There's another Tide Pool Biome above and to the left of Printing Pod.

Specifically, if you reveal the Pincha plant that's 34 squares left, 27 squares up from the light of the Printing Pod while paused, The plant is Entombed but expressed as leaves mid-poof. Exposing that also crashes game as soon as game is unpaused almost every time. I had a single weird instance where I resumed play after exposing it and the game was fine for about 7 seconds.

Steps to Reproduce
Walk dupe right no more than 30 squares OR Reveal map with sandbox tools right the right of currently exposed area beyond latrine room. When Tide Pool Biome exposed, some pincha plants will poof and within seconds the game will crash.
Sign in to follow this
Followers 1
Go to bugs