I finally decided to deal with all my salt water on Oceania... by compressing it all into four tiles with a door compressor pump. 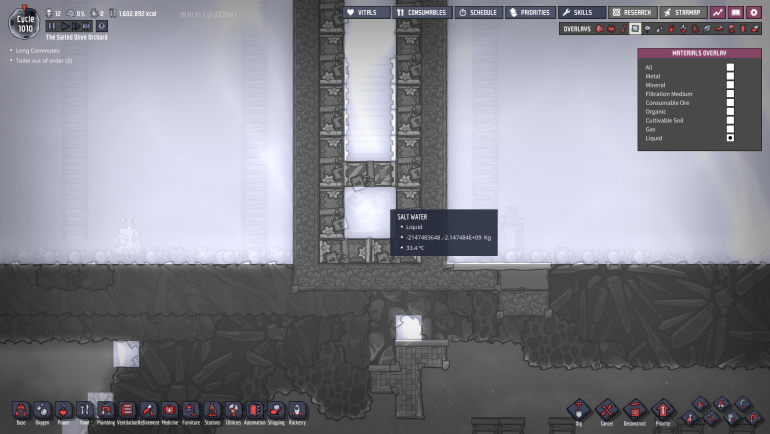 I also noticed that my game happily went on running with this for four cycles off screen (as I kept reloading the auto-saves to find a morning before the buffer overflow and for four cycles the water packets in the pump had been -2147483648.-2.147484E+09 Kg, and would push out, flood and crash my game if I was observing). Had to rewind all the way to cycle 1006 to stop it from adding any more water before the packets in the bottom had overflowed.

I am also attaching the save game from the morning of cycle 1010; it loads normally (I've tried several times) despite having the packets overflown for several cycles already. It crashes a few seconds after unpausing: IntOverflow.sav

If save files from several cycles prior are of help, let me know.

Steps to Reproduce
Try compressing all the water on Oceania into four tiles with a door pump. Or just run the savegame attached.