Since the latest LU update, I've been having problems with bridges of all sorts (gas, liquid, conveyor). Simple set-ups don't work anymore. Simple T-junctions don't even split 50% anymore, if at any point along either lane, a bridge is present. Packets bounce back and forth between junctions, even if the direction is indicated with a bridge. Merging with bridges will make all packets avoid that line in some cases. Splitting at a bridge also causes wacky packet behaviour (they refuse to merge sometimes).

Below I have two screenshots in sandbox showing part of this odd behaviour.

First picture is a normal T-junction. Packets split 50% between the two outputs.

Second picture is a T-junction, with a merging bridge on the right lane. The bridge is empty, the merging pipe is empty (deconstructed several times to be sure) and yet all the packets ignore that lane and go left instead???

I also have a conveyor system with a simple T-junction so that eggs go 50% to kitchen, 50% to drown room, and yet I observed 10 eggs and 7 ended up in the drown room and 3 in the kitchen. The route to the kitchen had a bridge to merge with the main line - the line was completely empty and yet the packets would 'bounce' off the bridge and flow in the wrong direction for a second, causing other fresh packets to ignore that route as a possibility - i.e. more went the route without the bridge (to the drown room) because the flow was constant.

I would do more testing, but I'm already sleep deprived from trying so long to get my intricate pipe systems working... no luck. 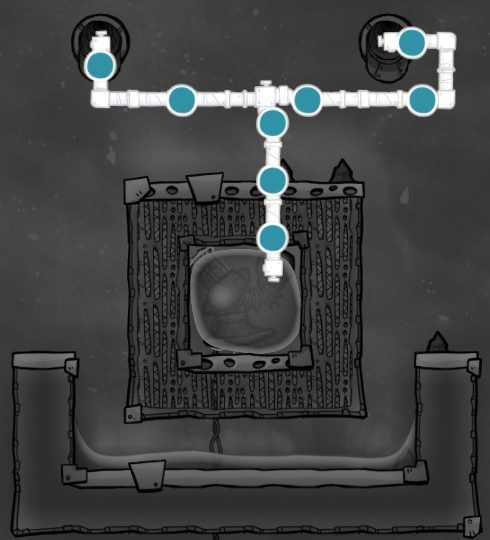 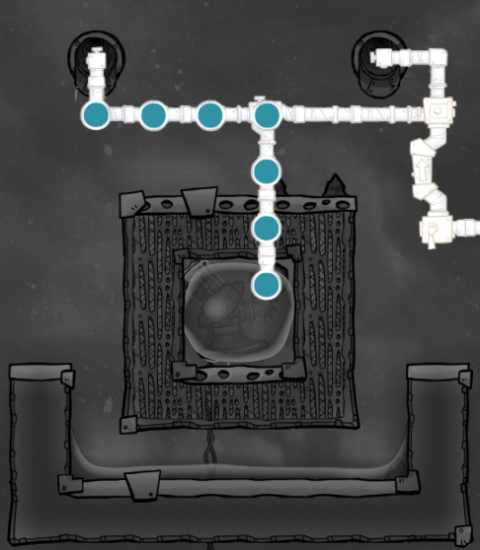 Steps to Reproduce
Build any pipe or conveyor line that utilises bridges, bridge merging or bridge splitting. Watch your packets do the samba and end up wherever they want to go.
Sign in to follow this
Followers 2
Go to bugs