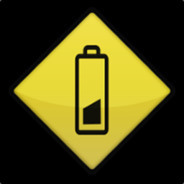 When I start game I have 60FPS in menu. Then I make new world and first 10 seconds I have normal 60 FPS. Then they drop and fix on 30FPS permanently.

When I ALT+TAB from game and back into game FPS are again 60FPS for few seconds and then cap on 30FPS.

I checked Nvidia setting but found nothing what can limit it. I think this GPU (even integrated UHD620) is suitable for running this game (at least in first few hours of gameplay) on 60FPS or something around it.

It is deffinitelly capped by game or some setting.