That's a bit long story but I'll be as precise as possible.

To be precise I used a Combined status mod but let me explain all of it because I've also stumbled upon this kind of bug with messed season couple months ago but with no mods whatsoever.

I've created a DS default world couple months ago as Wilson - the day was ~90, before 2nd winter. I've made a teleportato but haven't used it yet to escape.

I've created today a SW world (with Combined Status mod enabled) and played as Wendy but I've changed all seasons to very short. Luckily I've managed to reach 3rd season (monsoon) and found out Seaworthy boat. Before I've merged my SW world with previously described DS default world I had built campfire (not placed). So... I've used seaworthy boat to merge this SW and aforementioned DS world. So... I am now in my DS world as Wendy. I went to teleportato, activated it but I refused to escape. Then when I wanted to previously built campfire near teleportato game crashed. Oh well, so I've disabled this mod.

Next I've loaded this save again and also wanted to build campfire but... I can see only animation that Wendy is building but after that nothing happens.

So I've used teleportato to regenerate world and chose Wickerbottom. What amazed me my DS regenerated world took me straight into SUMMER season. Is this because I was in 3rd season in SW (monsoon) and it switched me after regeneration to 3rd season in DS (summer, assuming that 1st is autumn). Why game by default enabled RoG during world regen when I was playin' DS only? Is it because seaworthy boat can be placed only in DSRoG map?

When requested I can provide my savegame. 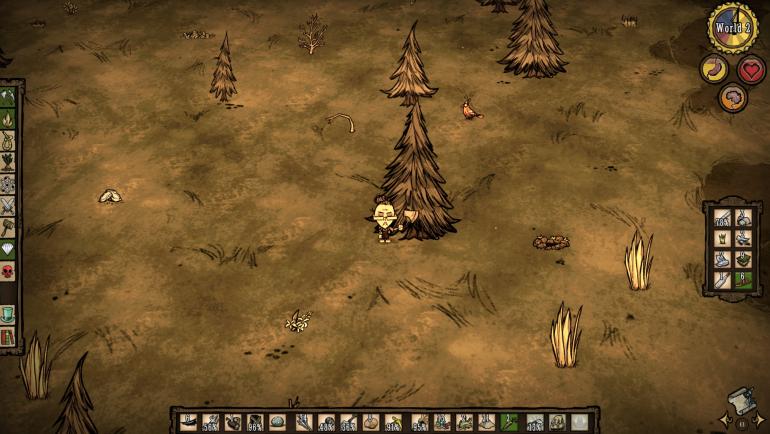