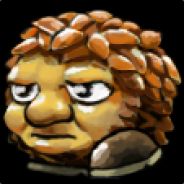 Here is how it happened (I played yesterday):

He sucked me in. Then monkey killed sealnado. And my character was alive but totally disappeared! I spent with empty screen for 1 minute, I think, until I wasn't hit by lightning. After that my character appeared again.

Steps to Reproduce
Let sealnado suck you in > trigger sealnado death with player inside him > player disappeared (Not sure if it happens every time).
Sign in to follow this
Followers 0
Go to bugs