Pulled back into fog after looping world edges 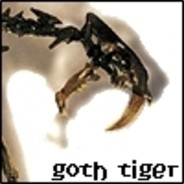 Sometimes, when entering the fog at the edge of the world, the character loops around to the far side of the world and then immediately, without re-enabling on-screen controls and therefore without the player having any ability to interrupt this cycle, re-enters the fog and reappears in their original location, minus some sanity and plus some wetness. I thought at first that I was somehow mis-tapping to sent the character back, but it happens a lot and I have carefully tried all sorts of ways to move without being able to do anything. When I use the on-screen virtual stick, it does not appear until the double fog is done. A couple of times I've actually gotten stuck in a loop going back and forth through the fog without any end and had to force-close the game to exit.

Sometimes this doesn't happen, though, and I'm not sure what the difference is.