[Crash] Game crashing after the new update while using the pitchfork. - Don't Starve: Shipwrecked - Klei Entertainment Forums Jump to content
Sign in to follow this
Followers 5

[Crash] Game crashing after the new update while using the pitchfork.


Do you use mods?

Game crashes after recent update while digging up some turf

- Load a previously saved game (a RoG save, compatible with a shipwrecked world)

- Try to dig up some turf

After the recent update, I tried to dig up some turf, and the game crashed. I disabled one of my two mods, and something weird happened : I could dig up the turfs, but they would just disappear (and couldnt be picked up, obv), so I disabled the other mod, and the error message came back. 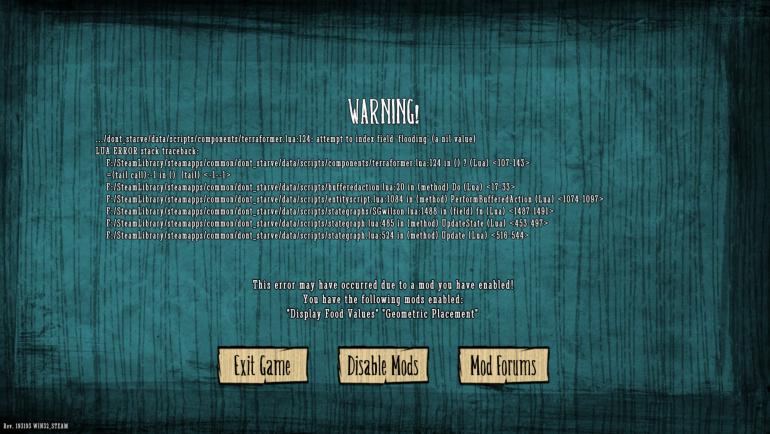 Steps to Reproduce
- Get the update - Load a previously saved game (a RoG save, compatible with a shipwrecked world) - Take a pitchfork - Try to dig up some turf
Sign in to follow this
Followers 5
Go to bugs