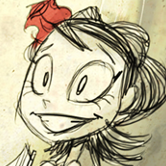 Merging worlds should literally merge learned recipes and precrafts. Can implement in terms of digging up a bunch of blueprints from the grave after linking the Worlds. But a seamless integration (precrafts and learned recipes just merged) would be much better.

Steps to Reproduce
1. Learn Shovel recipe and precraft a Drying Rack in RoG (or SW). 2. Learn Pitchfork recipe and precraft a Crock Pot in Hamlet. 3. Create a Skyworthy in Hamlet, and link to the World created in Step 1. 4. Upon going to the RoG World from the Hamlet via Skyworthy, find that only the precrafted Crock Pot is available to place, but not the Drying Rack. Similarly, Pitchfork recipe is learned but not Shovel. 5. Expected that the union of the sets of all a) precrafted structures (e.g. both Drying Rack and the Crock Pot) and b) all learned recipes (e.g. Shovel and Pitchfork) is available for the player after the merge.
Sign in to follow this
Followers 1
Go to bugs