The new update messed up my world 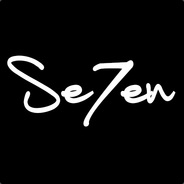 i continued playing my shipwrecked world after the new update came out, since i was waiting for the QoL update on PS4 for a long time.

after leaving the volcano, this happened:

thank god i have a backup of my save and can continue my world WITHOUT ENTERING THE VOLCANO =( but the question now is: is there a way to fix this?? i really dont want to abandon this world and start a new one.


start a previously played shipwrecked world where the volcano has been entered before and try entering and leaving the volcano.