Shadow Creatures pile up when using the Sea/Skyworthy. 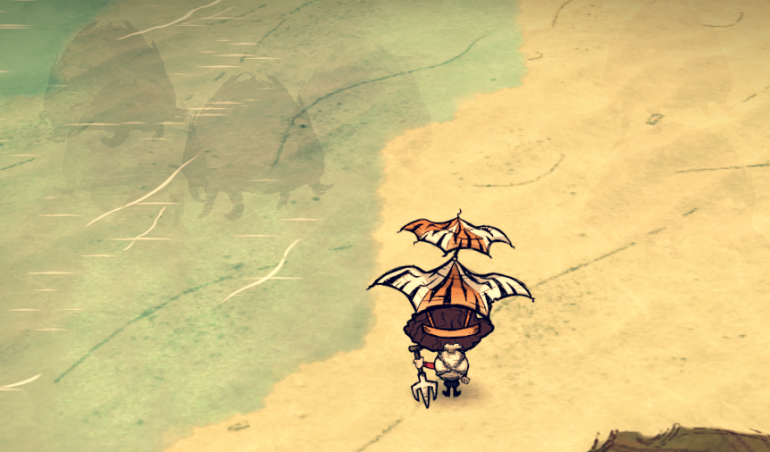 It's hard to see because of the turf, but there are six of these guys.

Usually, you're limited to only having one or two shadow creatures at a time. Sometimes, though, using the Sea/Skyworthy will cause extras to spawn. These shadow creatures don't follow the same rules as the others. They will stick around constantly and not despawn when sane, and won't be replaced by swimming horrors when you jump on a boat. The only way to get rid of them is to go insane and fight all of them at the same time.

Steps to Reproduce
I'm not sure how consistent it is. I've experienced this just from using the Sea/Skyworthy, but it could maybe be linked to sanity level?
Sign in to follow this
Followers 0
Go to bugs