This is for the nintendo switch version, screenshot attached.

- first time: I was collecting blooming tubers, got a stack and a half then received the error/crash.

- second time: I just grabbed a few regular tubers, made it a fair bit away from the iron biome and then crashed with same error. 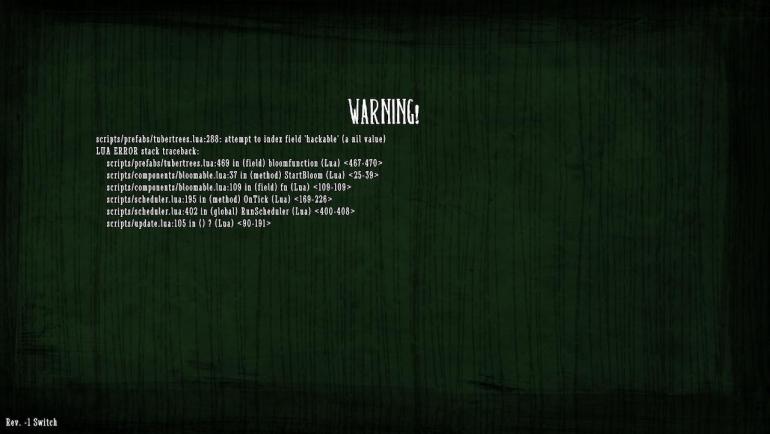 
Main issue: hang around blooming tubers (issue for me occurred at the start of the humid system as the regular tubers were blooming - a few bloomed in front of me).  Collect bloomed tubers (not sure if the issue was related to the actual trees or the fruit from the trees or what).

potential second issue: Hang around regular tubers (outside and during humid system), collect some and see if that's all good.