Unable to build certain structures/furniture in various empty spots in both the open world and inside of slanty shantys. - Don't Starve: Hamlet Early Access - Klei Entertainment Forums Jump to content
Sign in to follow this
Followers 0

Unable to build certain structures/furniture in various empty spots in both the open world and inside of slanty shantys. 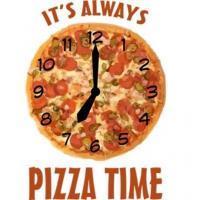 There are many instances where I am not able to place some structures down in certain areas, and (mainly in houses) the ability to be able to build something will change without my say-so. I use the mod geometric placement to allow myself to align things straight (with and without this mod this problem is still apparent) and using this mod we can see exactly what i'm talking about.

In this first example, I am placing a chest in my house and the game is at some times not allowing me to place things in certain areas. 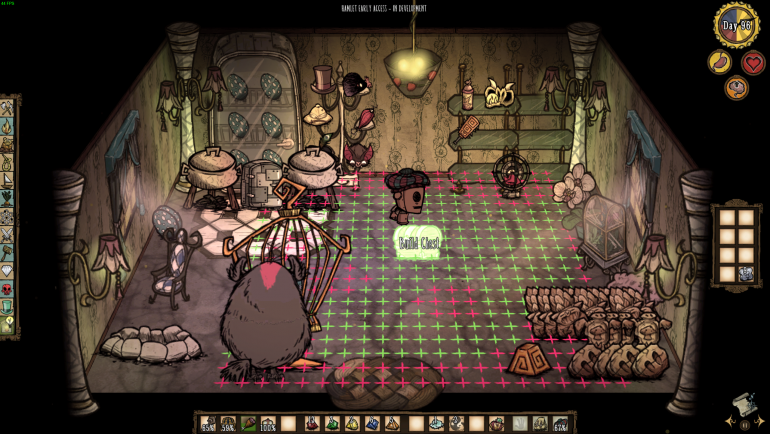 The Red + are spots where building is not allowed, and in most cases it makes sense, but in the middle of the room where there is nothing there are two areas, one clearly in the middle with nothing around it at all and then to the left of it below the right most crockpot where the game for seemingly no reason is not allowing me to build this chest in those areas

It changes randomly while i'm just standing in place, not touching the keyboard or mouse or anything.. 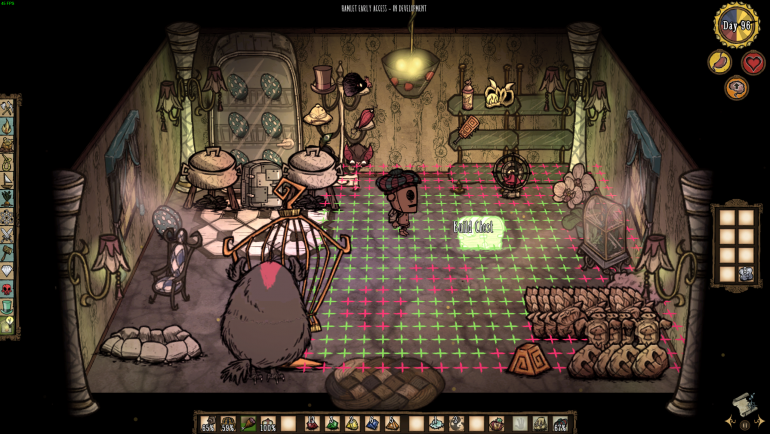 It seems to do it with many different types of structures, and in different fashions. Trying to build a birdcage: 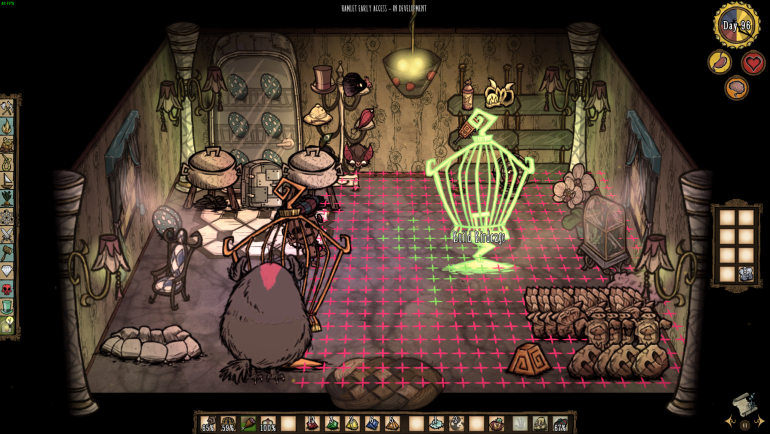 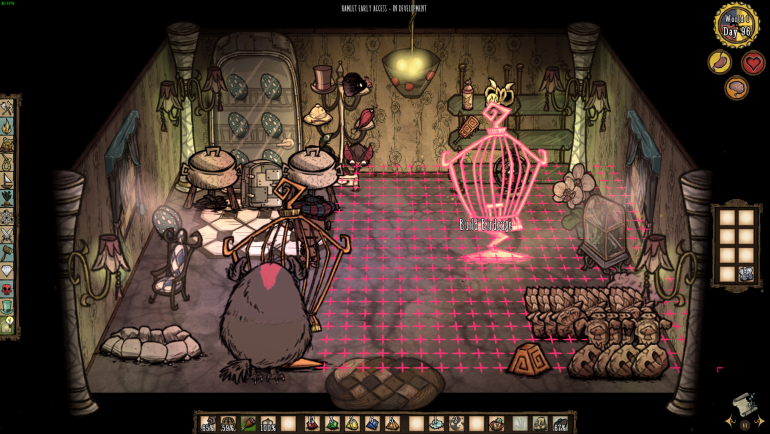 All I can add is that it seemed like when I was first building this house and putting all the decorations in I had no problems. But soon even without any dropable items on the floor I started having trouble placing more and more things down and eventually I couldn't put a birdcage anywhere in the center of the room at all besides where you see the currently built one. The issue changes at random.

This other issue that may be comparable is a lot more consistent, it doesn't change like inside the house is. 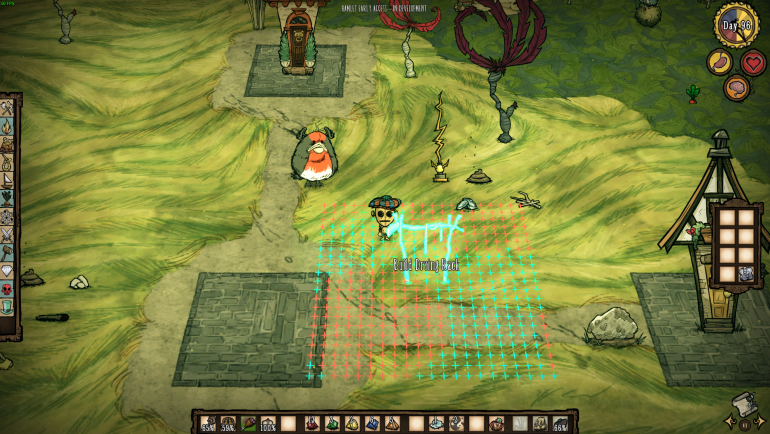 The drying rack can be put in many places except this one open area here, I believe a flipped rock was there at some point and could be causing that one particular spot to be void.

Steps to Reproduce
Not sure how to reproduce the slanty problems, the other issue is probably a flipped rock that was mined is still being registered as existing.
Sign in to follow this
Followers 0
Go to bugs