I've had this bug before, except at that time I couldn't go anywhere and was permanently stuck. I was just at the queen's island and then got picked up by the Roc (the cave from that island led me back to my home island), so I wanted to give the queen her staff. This room is the one right before the exit room, but I can't go through the door. I've tried going to other rooms and restarting my game to no luck. At first the door was down until I went two rooms over and came back, then it was open but still unable to go through.

I attempted to try going back out of the cave and trying another day, but immediately got attacked by a million of those little rabid beetles and died, haha. 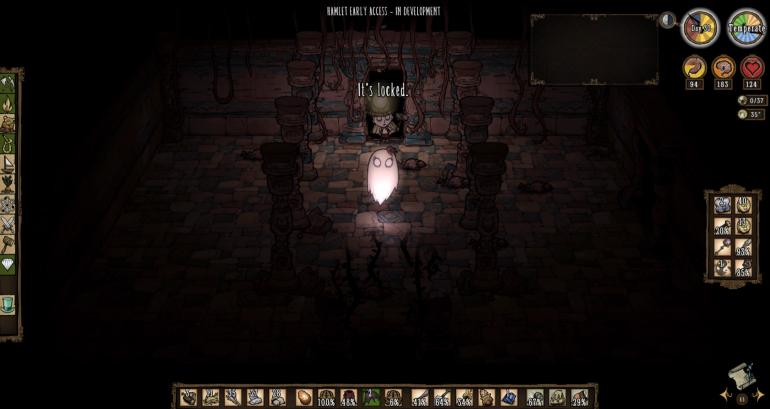