While dealing with this issue I noticed another bug.

After I experienced another of those crashes I just decided to update my bug report and add another screenshot. Therefore I left the crashed Game "run" in the background to take a screenshot. Afterwards I edited my post (spelling, grammer, etc. english is not my native language so it can take a minute or two) without closing the game. When I went back into the game to close and restart I just realized that I just died (the dying massage was just right in front of the crash-screen). I was so dazzled about that, that I just clicked ok and restarted without doing a screenshot / saving the log. And well... yeah I really died - so the savegame is gone. After checking my older screenshot which I made for that crash report in this I realized this: 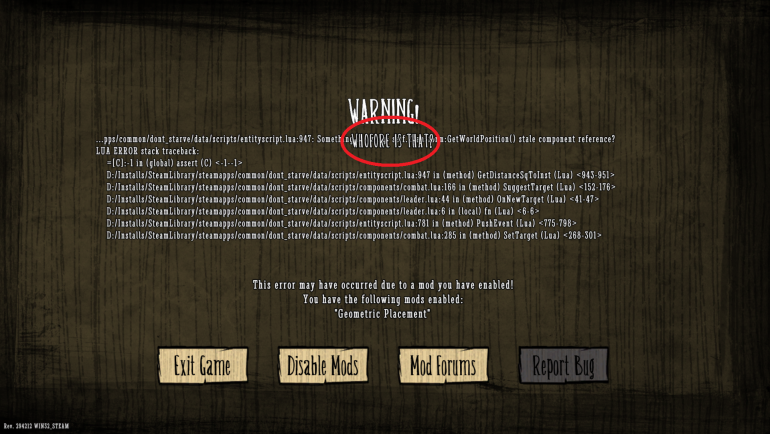 So I think it also unpaused the first time I did this but I just didn't notice since I did not die.

I don't know if this happens with other Crashes too or only with the attack the Masked-Pig-Crash I experienced.

Steps to Reproduce
Not completly sure about that but at least: 1. Get your Game crashed by attacking the Masked Pig (might work with other crashes too) 2. Use the In-Game-Feature to send a Bug Report 3. Wait until your character dies
Sign in to follow this
Followers 2
Go to bugs